Gordon Matta-Clark's installations of cut-up buildings could easily have been mistaken for a do-it-yourself home improvement project wrong.

Gordon Matta-Clark (1943-1978), who had studied architecture in university, knew exactly the possibilities and restrictions of his unorthodox sculptural material. Interesting to see how in one project he would only touch the skin of the architecture leaving the structure in tact (e.g. 'Conical Intersect') and in another cut through structure (e.g. 'Splitting') leaving an unbalanced building.
Whatever approach he used it altered both the concept of building and surrounding in his own urban interpretation of "Earth Art".

Being a member of the Anarchitecture group Matta-Clark's work is filled with social engagement. Not only in the use of derelict buildings and leftover urban spaces but also in works like 'Garbage Wall': a homeless shelter, or 'Fresh-Air Cart': a sculptural pamflet about air-polution.

His diy-approach can further be seen in projects like Food, a restaurant run be artists and a cultural meeting place in Soho, NY. 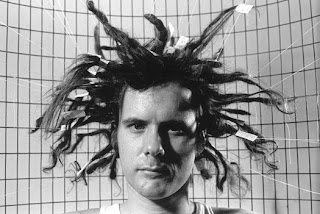 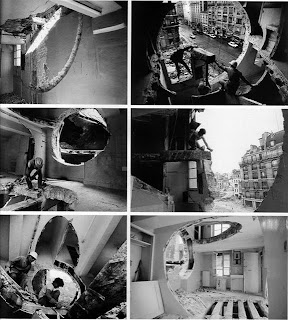 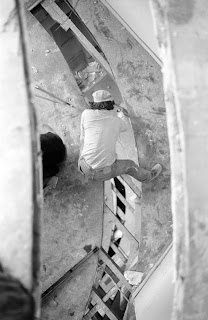 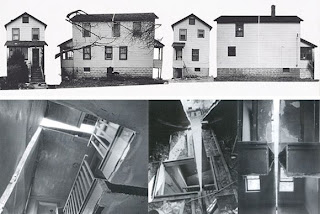 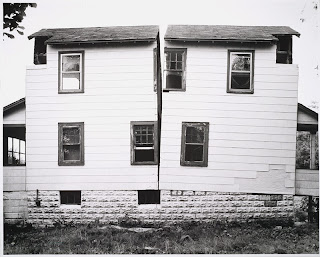 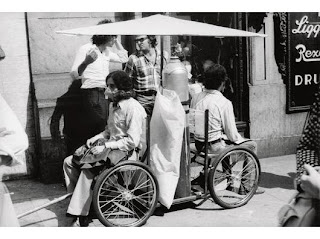 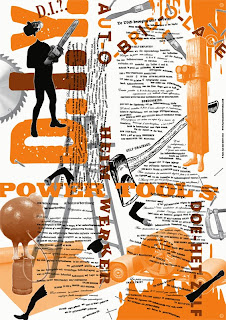 Order at WWW.PAPIERSCHNITTWUNDE.COM
Posted by pilgrimindisguise at 12:09 AM No comments:

Welcome to the AUT-O-BRIC-O-LAGE ('self-tinkering') blog. Starting point for this blog is Papierschnittwunde's third edition print.

If there is one thing which characterizes man at the moment it is the urge to define him/herself publicly. Mass media mirror these urges perfectly in the many 'becoming-a-star'-shows, leaving the audience withthe impression it could be their 15 minutes of fame or the next showbizz sensation.
Another exponent is the abundance of home improvement, gardening and make-over shows. Life can be better if you fix it yourself.

In this blog let us see how this is reflected or commented upon in the world of art, media and design.
Posted by pilgrimindisguise at 11:59 PM No comments: 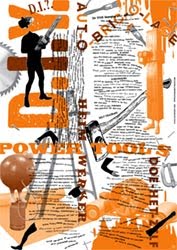